The History of Concordia

Concordia United Methodist Church started out as a class of 11 German speaking members in Sauk City in 1853. In 1870 this growing congregation became known as the “Friedens Gemeinde” (Peace Society) with services held in members’ homes. In 1872 a stone church was built in Sauk City near the village limits of Prairie du Sac in a section known as Middletown. By 1905 the congregation had grown to a membership of 238 prompting the decision to build a new church. This church was built in Prairie du Sac at 585 Fifth Street (at the corner of Fifth and Galena). The name on the red granite stone on the bell tower is “Friedens Kirche der Ev. Gemeinschaft” (Peace Church of the Evangelical Association). The photo on our home page and in the upper left corner of this page is that building. In the 1930’s the language of the Worship and Sunday School gradually changed from German to English. About this same time the name was changed to Concordia Evangelical Church.

Today we have a membership of 260 with Sunday School classes from nursery to adult, meeting from September through May. Church programs include an active Youth group, Men’s Fellowship group, United Methodist Women chapter, Children’s Choir, Chancel Choir, and a Handbell Choir. Our member activities in the surrounding community range from elective office to volunteer work in many service organizations. 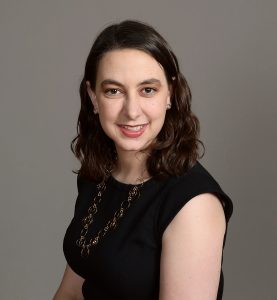 Welcome to Concordia UMC. I’m Pastor Claire Douglass. Prior to coming to Concordia in 2019, I served as the pastor at Our Savior’s United Methodist Church in Mondovi, WI and Gilmanton United Methodist Church in Gilmanton, WI. Previous to this, I completed my Masters of Divinity at Princeton Theological Seminary in Princeton, New Jersey and a Bachelor of Arts degree from Prescott College in Environmental Studies: Earth Science. I am a native Wisconsinite. Although I lived in several different places throughout my childhood, my family currently lives near a small town south of Madison called Albany. Yes, that makes me both a Packers and Badgers fan.
I took a long route through college and seminary living in many different places in my young adulthood including Arizona, Montana, New Jersey and New York. During seminary, I served as the Youth Director and Seminary Intern at Newtown United Methodist Church in Newtown, Pennsylvania. I also spent a summer working as a Chaplain in Glacier National Park and four summers as a staff member at Pine Lake United Methodist Camp and Retreat Center in Westfield, Wisconsin. I also served two terms in AmeriCorps working with elementary and middle school aged students. Some of my favorite hobbies include backpacking and hiking. My husband, Kory Douglass, is a deacon serving Bashford United Methodist Church in Madison, Wisconsin. Together we have a golden retriever puppy named Hero. 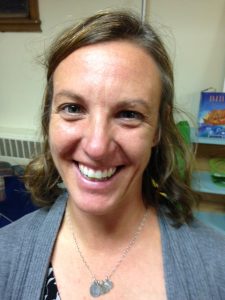 Laila began working at Concordia UMC in 2017 as the Administrative Assistant and Youth Leader.  Laila graduated from University of Wisconsin-Madison in Special Education.  Prior to working at Concordia, she taught at Sauk Prairie High School for a short time before staying home with her four children.  She enjoys being outdoors, especially hiking and the beauty of trees and water, playing and coaching soccer, and spending time with her friends and family.